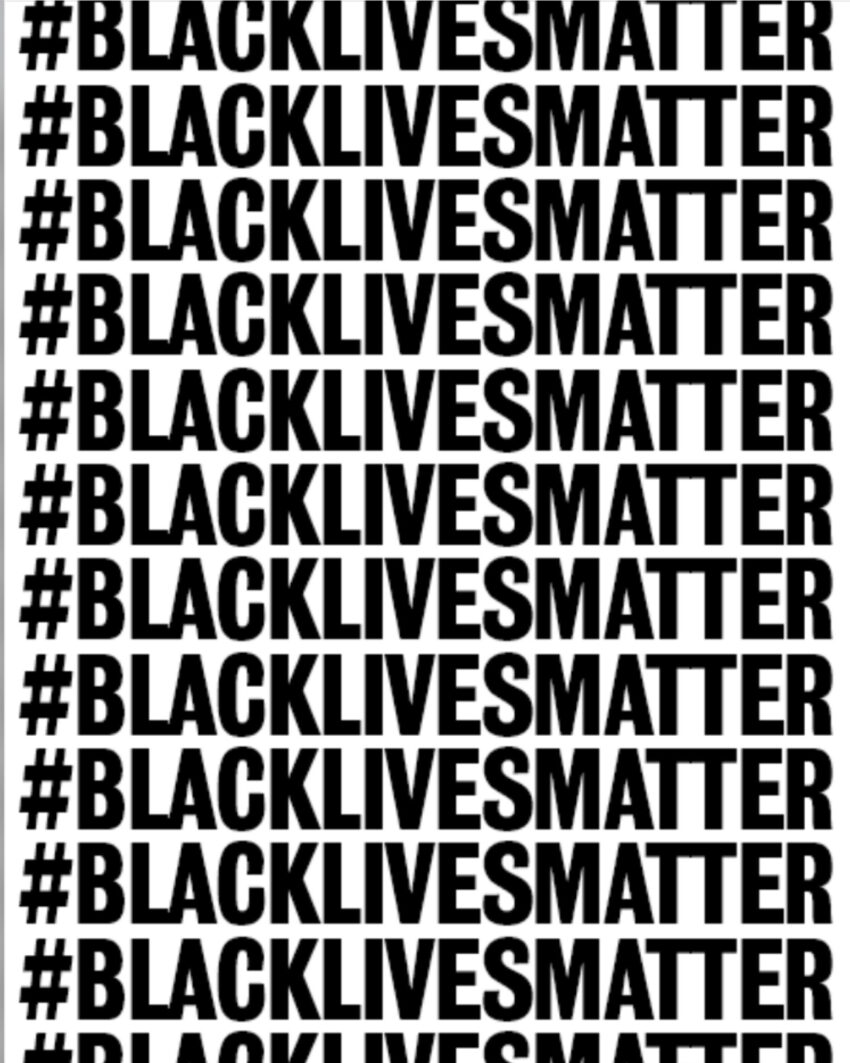 I try to be measured in my responses to most things, and to not be reactive. This post has been sitting for a minute, being read, reread, edited, and in “draft” mode since Friday, May 29, 2020, as I watched the world’s skeletons (systemic racism and notions of white supremacy) continue to spill out of the world’s closet, through the United States (U.S.).

My two places of refuge, retreat, and a safe space are writing and music. I will be going with the former today. Bare with me as I seek (and continue) to process and convey my thoughts, based on what I have been thinking and feeling in what feels like a rapidly expanding forest fire. By the end of this piece, the goal is for you (and me), regardless of race, to be inspired and empowered to take action, in whatever way that takes form within your ecosystem, whether that is through protesting, rebelling, donating, having challenging and uncomfortable conversations, service, etc. So, here goes…

First, there are many Black people in the Diaspora on the outside looking in who do not believe racism exist. Hell, when I first moved to the U.S. I did not get or understand it either and was dismissive of the notion. But, in short, experience, knowledge, and education breeds understanding. I can unreservedly say that it does exist without the batting of an eye- with too many experiences working with our young men and women, and even for myself, to name. Still don’t believe that white supremacy and systemic racism exist in our beloved predominately Black countries or in the predominately English speaking, Spanish speaking, Portuguese speaking, or French speaking countries? Look at who owns the major companies and chains in the aforementioned described countries, and who occupies the “slums” and the poor areas in those countries. Do a quick Google search about Black or African people in France, Spain, Italy, Costa Rica, Brazil, etc. To bring it closer to him, really look at the major hotel chains in Bim, the “Cave Shepherds,” the “C.O. Williams’,” the “Garrison Savannahs,” and the general people with capital power in our predominately Black countries. But, systemic racism in predominately Black countries, built on the backs (literally) of Black people, is a conversation/post for another day. Who was that wealth built at the expense or exploitation of? I digress.

Back to the topic of the day.

The world is getting to see, in real time, the frustrations of Black people in the Diaspora- the skeletons in the global closet are spilling out yet again. When I say Black people, I mean Black Americans from the Caribbean, from America, from Africa, from Central and South America, from the Middle East, from Europe, etc.- make no mistake, we are all one and we are all viewed as such when we are not known, with the primary difference being a (boat) stop. The experience in the U.S. and in many other countries is the same. Right now, the U.S. is in the throes of modern day racial terrorism, and the world gets to watch it.

Let me also demystify the “novelty” of this all for those that do not believe racism exist. Be clear– the nonchalance, defiance, vindictiveness, spite, and smugness shown by the officer in the murder of George Floyd as he kneed into Floyds’ neck despite being implored to get off (if you do not want to be traumatized, do NOT watch the full video), is nothing new to the experience of Black individuals across America and the world- it’s now being televised. The world is fortunately/unfortunately now seeing it play out with our own eyes, having been recorded, and shedding light onto what Black people have been yelling at the top of their lungs in the U.S. for decades, both before and after the Civil Rights era. As one post aptly said, “If the police never did wrong then people would trust them…nobody ever made a song called “f**k the fire department.” Enough said.

Anti-blackness and racism are systemic issues across the globe. I have seen it play out in the Caribbean, North America, Central America, Europe, Africa, etc. The Black Experience, though not monolithic, has some underlying similar experiences that ALL black people can identify with, regardless of where it falls on the spectrum of bias, discrimination, prejudice, racism, colorism, profiling, etc.

So…many asks…Why the protest and rebellion? In short (we = Black people)…

We comply, we die.

We report, we die.

We put our hands up, we die.

We get pulled over, we die.

We kneel, we die.

We stand up, we die.

We sit down, we die.

We put our hands up, we die.

We cooperate, we die.

We rebel, we die.

We drive, we die.

We drink, we die.

We sleep in our residences, we die.

We fight back, we die.

We revolt, we die.

We ask questions, we die.

We get pulled over, we die.

We beg for our lives, we die.

We can’t breathe, we die.

We play on playgrounds, we die.

We walk in our neighborhoods, we die.

We run in our neighborhoods, we die.

We enter our homes, we die.

We mind our black a$$ business, we die.

We are released, we die.

We are educated, we die.

We are uneducated, we die.

We ask for a lawyer, we die.

We plead our case, we die.

We plead for our mamas, we die.

We question systemic racism and its authority, we die.

Got tired of reading it? We are, and have been, tired of living it. This list has not been exhausted but we as a people, are. The Black collective has had enough. This is the “why” behind the protest and rebellions.

Today, we are witnessing the many frustrations around the Black experience right from the comfort of our homes, work stations, etc. Not only is the world getting to see its skeletons fall out, we as a people are being forced to peel the added layers of the seeming novelty of the experience for some, when the oppression of us systemically is all we know. This comes even more to head in Black, professional America- lead that Zoom meeting, engage in that video discussion, produce, create, show up…even when our people are being subject to modern day racial terror and we have to operate in it to maintain our livelihoods… oh yeah- in the throes of a global public health pandemic where our people are dying disproportionately, in a system that was created by us but not for us.

Then, you also have the plight of the enraged professional:

I’m sick of operating and surviving in a system where my life, literally, does not matter systemically…should I f**k sh*t up by expressing how I really feel? At what expense?

If I do speak up on social media, will someone screenshot what I say and send it to my job? Let me check my social footprint first…

Is this politically correct enough that the message can be received in the way it was intended?

Will saying anything even make a difference?

What can I do to be a part of the solution?

I want to speak up but, at what cost and will it even matter?

I can’t say what I REALLY want to say in this meeting or on this platform because if I do…hmmmph.

Censoring ourselves as we try to navigate nursing a wound that keeps getting re-injured with every loss of a Black life at the hands of a white police officer is traumatizing, emotionally and mentally taxing, and exhausting.

Having to operate within the constraints of a modern day version of racial terrorism, is exhausting.

Having to have a lived experience of racism in a system where the people who benefit from it “don’t see color” is exhausting.

The actions by Central Park “Karen” and the clearly vindictive Minneapolis Officer (again, if you haven’t watched the video, spare yourself the visual and mental trauma) were a white-laced attempt to produce fear and submission through the systemic and/or physical control of Black people. How dare we correct whites or question authority? The actions of “Karen” and that Officer were an affront to the audacity of the Black people who demand that they be respected- that “Karen” leash her dog in an area where the dog was supposed to be leashed, and that the Officer get off of the neck of a man in handcuffs, that is pinned to the ground by THREE police officers, who is not resisting arrest, and who is pleading for his life, his breath, and for his Mama. We can’t breathe, we die. We plead for lives, we die.

Added to that, we are in the throes of a public health pandemic.

We are tired of asking “why”.

This feels like someone is digging at an already open wound and dousing it with alcohol, dig, then douse, dig, then douse, and repeat. How can we heal when the old wound is constantly being reopened death after death? How much more social outrage and hashtags will it require for real change to take place and, better yet, how will this change unfold at the systems and the people-level? Breonna Taylor, Freddie Gray, Philando Castile, Alton Sterling, Tamir Rice, Ahmaud Arbery, Sandra Bland, Trayvon Martin, Michael Brown, Eric Garner, and now George Floyd. And those are the few that just come to mind- they are countless, reported AND unreported, more. As NY Governor Cuomo said- the names change, but the color doesn’t.

This is where you and I come in.

Now that the world has a glimpse into the Black in America and the world experience, now that the skeleton’s in the world’s closet have been exposed- what is next?

Below are a few action items that I would recommend for us all, regardless of skin color and location/region:

If we all seek to influence, to do and to be better, and call racism out when we experience or witness it, that begins the process of dismantling racism. The good news is- we are a little better than the world was 50 years ago. The bad news is, if no one changes, we won’t be any better. That is a risk we cannot take because it is at the expense of Black lives, and it affirms the valuing of an oppressive white supremacist-laced system, over the lives of all others.

The U.S. is showcasing the skeleton’s in the world’s closet. It’s time for us as a Diaspora and world, to face and to get rid of them. Enough, is enough.