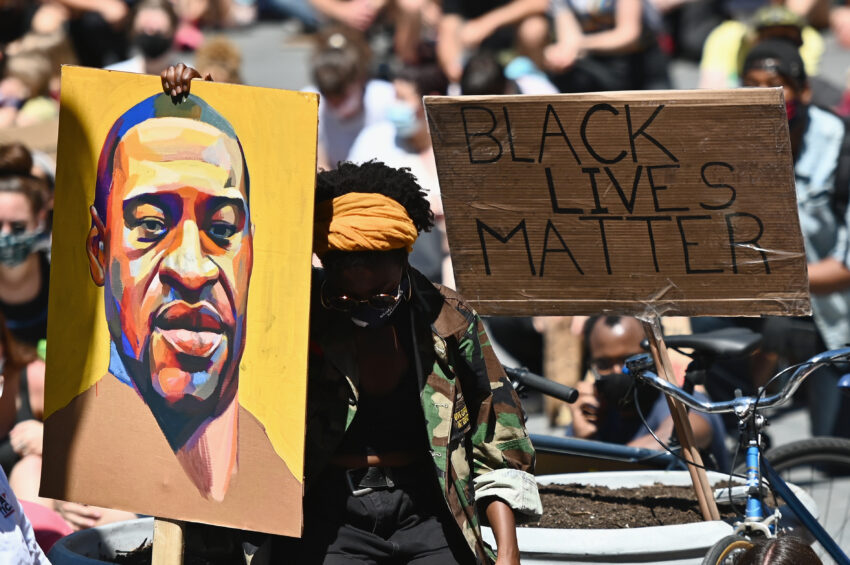 This post, in my mind, could not be more timely, given the many assertions being made on public platforms, debating the importance or irrelevance of the Black Lives Matter (BLM) movement, to Barbados. To be upfront and clear on where Pulse of Barbados stands- Black Lives Matter.

Not only does the movement matter, it is also a necessary movement across the globe, in the U.S., Africa, Asia, Europe, North America, South America, Central America, the Caribbean, etc. The movement is even, arguably, more needed in countries where the majority of the people are Black, because the racism that exist is so ingrained historically and covert, that you will have even Black people arguing against Black Lives Matter, which is in short- mind blowing. I was especially surprised to see the commentary and responses to the Black Lives Matter protest in Barbados with responses ranging from “All Lives Matter,” to “Bajans too follow pattern,” to “We have bigger fish to fry,” etc. etc. As a majority Black country this response is astounding because, to be clear, what affects Black people internationally will affect us locally. Your cousin, aunty, brother, uncle, boyfriend, girlfriend, father, niece, nephew, etc. living abroad is one hashtag # away from making the movement become especially real to you. There is a reason for the protests erupting across the globe- its because anti-Blackness is real universally, in predominately Black countries and in those that are not.

It’s important to also note, as I admittedly was guilty of this as well when I first moved to the U.S.- your perception is not everyone else’s reality. Just because you do not think something exists does not mean it does not. More specifically- just because you think racism does not exist or is not experienced or is not ingrained in Barbados systemically does not mean it does not. Your perception is not everyone’s reality and vice versa- it is egotistical to think your or my experience is Universal. Your or my perception does not negate the fact that a type of experience exists just because you/I have not personally experienced it.

Now, back to the BLM movement- it is exactly that, a movement. Protests picked up all over the world after George’s Floyd’s death because anti-Blackness is Universal in culture, policy, and laws. Don’t believe me? Let’s look right in our own Bajan backyard…

Eurocentric culture, policies, and norms– how many young girls who, when transitioning from primary to secondary school get their hair “straightened” (permed) as an implied and symbolic transition from primary to secondary school? How many instances have we had where locs were not allowed, banned, or were not deemed professional in a work setting or better yet, our police force. Locs- a style that is as Black-affirming as hair could possibly get next to keeping your natural hair. How many times have you or someone you know been told they need to “do something” with that Afro, or kinky/coily hair, or beard…an Afro, which is the way most Black people’s hair GROWS out of their scalps is frowned upon in professional settings and even in school, in a majority Black country. The same for locs. Why is it that these Afrocentric and Afro-affirming looks/features, I am ashamed to say, are culturally legislated in a predominately Black country? Barbados is unfortunately rooted in a Eurocentric culture as a predominately Black country- the cultural norms, professional policies, and even its leaders stances are an indication of that.

Colorism- the next issue we as a nation (and the rest of the world) need to really look in the mirror about is colorism. The higher up you go in a corporate company worldwide, or in a Barbados-based company, the lighter colored the movers, shakers, and decision makers (Board members) are in most industries in Barbados. Let’s take a look at the biggest industry in Barbados- tourism and the Hotel chains and their owners. I am not referring to the Managers or everyday workers because they too are part of the workforce that builds the wealth of the movers, shakers, and decision makers. Instead, I am talking about the owners, the Executive teams. Who capitalizes on the local, regional, and international dollar? Let’s take a look… the Hilton (what’s missing here from these Bios?), and where are the Black Colleagues alluded to here, the Crane Resort, who really owns/decides on Sandals (scroll down when viewing the Sandals hyperlink). Let’s look at Cave Shepherd’s Board of Directors, and its Executive Management, and Price Smart’s Board of Directors, and FirstCaribbean Banks Executive Team, the Executive Management of Scotiabank beyond its Bajan borders, C.O. Williams Construction, Ltd., founded during a time where Barbados was not even considered independent and where policies were sure to have affirmed colorism during that time.

Yes, small businesses that are black owned do exist in Bim, but who capitalizes on the Bajan market and brand as a whole? These are only a few of what I am certain are many examples of how socio-economics are reflected in skin color, in and beyond our Bajan shores.

Additionally, recently, on July 7, 2020 there was a U.S. nationwide “Blackout Day” in support of Black businesses economically, and given the systemic inequalities that exist as a result of a history that pushes Black people’s advancement back for centuries, in countries that they built for free with no returns or compensation to show for it. The Blackout day was so that we as a unit can use our economic power- money- to circulate within the Black community instead of to businesses that capitalize on Black dollars but who do not use those dollars to give back to or to support Black communities. One thing is for sure, politics responds to two things- money, and violence. It was then, to my surprise, astonishing to read that the CEO of Barbados’ Small Business Association (SBA) positioned herself as a “no” to Blackout. To be clear, there is no agenda that is “couched by pure capitalist ideology,” within the driving force behind the Blackout Day initiative- like, none at all. It appears she missed the whole memo of the “why.” The issue of business size in Barbados is reflected in and mirrored by race- they are not mutually exclusive and in fact are correlative. If anything the Blackout Day pushes and emphasizes support for small businesses because they are disadvantaged and most vulnerable, especially those that are Black owned, in Barbados.

This article was created with the purpose of creating insight, hopefully expanding peoples’ view points, informing, and also with the hopes of creating empathy to the experiences of Black people in Bim and beyond. The Black experience is not monolithic; however, there are some undercurrents that are common threads universally for Black people. Barbados is not an exception to the Black exprience rule. If anything, it amplifies it.

If you know of any Bajan owned Black owned businesses locally or internationally, or if you own have a Bajan-owned Black business (does not have to be Bim-based) and would like it to be featured on our platform, please reach out- we would love to spotlight you.