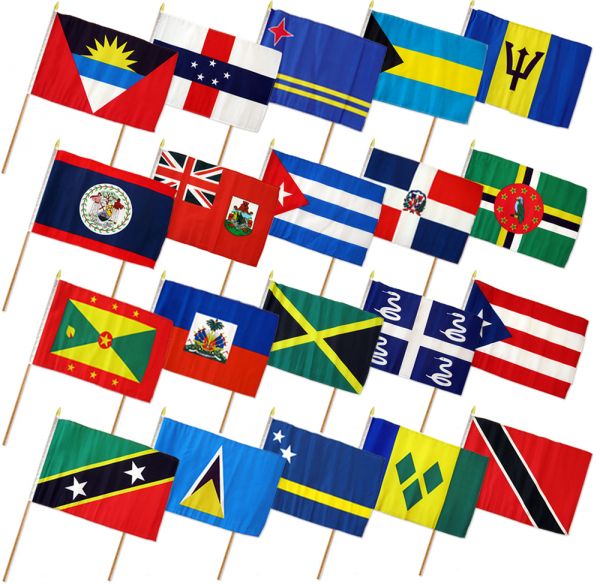 Anyone who was born, raised, has heritage, is vaguely familiar with, or has an affinity for Caribbean culture witnessed what can be described as an epic collaboration between Beenie Man and Bounty Killer on Saturday May 23, 2020. I intentionally will not categorize it as battle because it truly epitomized what respect, camaraderie, and unity are when like-minded folks, in pursuit of their passion, living in their purpose, who are damn good at what they do, with a love for country and culture, come together.

The Live started off with some “old” tunes to warm the pressure cooker party up with the likes of Beres, getting the party started, feet moving, pot bubbling, and drinks pouring. Flashes of the featured artists could be seen rapidly moving across the screen as the much anticipated stars prepared to make their official appearance on the Live. As the introductory set amped up, about 30-40 minutes in, emojis were lighting up the feed and much love shown to the artist from people representing countries from all over the world. Then, it was time.

Beenie made his way onto the “stage,” sharply dressed with an equally dashing Bounty at his shoulder, and with both paying their respects to their nation, for the country and the culture. What started off as a steady 200,000+ on the Live, ballooned to 470,000+ people witnessing a highly anticipated collaboration for the history books- it was the dash of island fresh air that we all needed but never knew was wanted. An epic musical collaboration in the throes of a global pandemic- it brought the much needed reprieve that Caribbean nationals and people in general needed, given the woes we are all being forced to live in and through. We got a break, even though it was but for a moment.

Not only was the Live streaming with people from all over the world, the outpouring of support from notable artists and celebs like RiRi (big up to Barbados!), Erykah Badu, Spice, Safaree, Majah Hype, Timbaland, Chris Gayle, DJ Khaled, Missy, Konshens, Popcaan, Swiss Beatz, Snoop, Buju, Amanda Seales, Usain, Ashanti, etc. was reflective of Beenie and Bounty’s influence and impact universally across genres and over the years. The list of household names could, literally, go on. Their legacy transcends borders, culture, ethnicity, and nationality. The comments were laced with support and excitement as thousands logged on to catch a glimpse of history being made. This was indeed an opportunity to further put the name of Jamaica and the Caribbean region on the map. This collab garnered so much attention that its hosts Verzuztv’s IG page grew from 660K+ followers right before the Live to 1 million+ and counting followers as of this article- in less than 24 hours their audience grew by over 340K!

Despite the minor hiccup, which shall not be named but which was handled with grace (kudos to you Beenie), there were many amazing lessons to be learned from this collaboration, and which we can all take a leaf from their books as we move forward and progress as a people:

Never forget your origins- always remember where you come from and be proud of who you are. The homage paid to Jamaica was one of reverence and respect on an international platform that people will remember and be proud of for years to come

People are always watching- be reminded that there will always be onlookers, that people are always watching, and in some instances, waiting- especially when you have the center stage. Never let them make you sweat or catch you slipping. At the same time- embrace, acknowledge, and celebrate those who are watching that support you- they both come with the territory and with greatness. Accept them both.

We are stronger together- not only did Bounty and Beenie draw a ridiculous crowd, the banter between the two renowned artists was one that was light-hearted and fun to watch- they tag teamed the entertainment. The audience they pulled was a result of their collaboration- they did not operate separately/in silos- they were stronger together

Pursue your passion and your purpose- this cannot be underscored enough. It was evident that these two artists LOVE what they do; they could probably spit rhymes in their sleep. The love and respect they have for their body of work, the craft, and each other as fellow artists, and their adeptness at reproducing their music on sight is indicative of the joy that music brings to them. The passion and ease emanated through the screens across the globe. What if Bounty nor Beenie hadn’t pursued their love for music and performing? The world would be lacking for it. This is a reminder to you and me, to pursue our passion and purpose.

Remember who helped/paved the way- the platform Bounty and Beenie had was a result of YEARS and decades of putting in the work. They, however, gave homage and respect to whom it was due- both living and passed. Those that paved the way in the provision of the platform for them to let their work and talent shine were given kudos, even though Beenie and Bounty’s popularity could speak for itself. The grace with which both artists showed their appreciation was one of humility, gratitude, and is a continuation (not culmination) of the amazing talent they have blessed the world with for decades. Always have an attitude of gratitude.

The fist is stronger than a single finger– though similar to #4, the last lesson I want to mention (there are countless more that were had), is worth reiterating. The love that out-poured for Beenie and Bounty from across the Caribbean and the entire world was inspiring, unifying, and gave us all a sense of pride- for where we come from and who we represent. What if we rallied that unity for the greater good of our people? Look at what happens when our people unite- the support was undeniable and the vibe was powerful and empowering.

Instead of us being divisive I encourage you, myself, and us all, to work collectively, to collaborate, with people that are like-minded in passion and purpose, in the pursuit of both within the bigger picture. Bounty and Beenie are on the same wavelength, they have done and are doing the work, they both love and are good at what they do, they both are renowned, they both have made a mark on their industry…how are you making a mark on yours, whatever industry that may be? Let their collaboration be an inspiration and reminder to us all to pursue our passion and our purpose. Without it, the world would be missing out on the awesomeness that only you and I can bring to it. Who won the “battle”? Jamaica won.

Who are you and what are you doing when you are at your best? Lean into it.

What has the Bounty and Beenie collab taught you? We want to know.