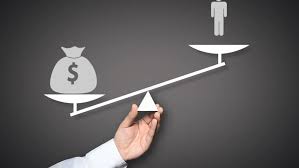 It has been a while. There is no rhyme or reason other than we are in a global pause and reset, and…life, trying to balance multiple and competing priorities whilst maintain some semblance of normalcy in what for the entire world is the abnormal. Yet, here we, thankfully, all are.

So, what IS going on? The entire world has been upheaved while simultaneously being on pause and in an indefinite time out. Government officials and people in general are trying to grapple with a pandemic that most living now have never had to experience in their lifetimes and likely never will again. Tough decisions and calls have to be made by parents, families, and companies around their safety and sustainability.

With these unpredictable factors in mind, businesses are on the brink of closures, people are being furloughed or completely laid off, and governmental officials are trying to figure out how to keep the economy afloat. In short, we are all stuck between a rock and a hard place whether emotionally, professionally, mentally, economically…the list goes on.

Many, especially businesses, are against the shutting/locking down of Barbados despite the marked rapid increase in COVID-19 cases whilst most are saying it is long overdue. My stance- the title says it all. Outside of it being long overdue, in short- people over profits any and every single day.

In short, the number of COVID cases in Barbados have tripled and almost quadrupled, in less than a month, and the number of recoveries (having had the virus) have tripled in less than a month as well. Yes, the economy needs to be sustained, yes there will be job and profits lost, yes money needs to be pumped into the economy to revitalise and to resuscitate it.

But, without the people there would be no economy, no decisions to be made, no profits to be made. The right call has been made- lock the country down. We cannot afford not to. And, your life, your families, your Moms, your Dads, your daughter, your son, your cousins, your grandparents, yout husband, your wide, and mine, all of their lives…literally…depend on it.