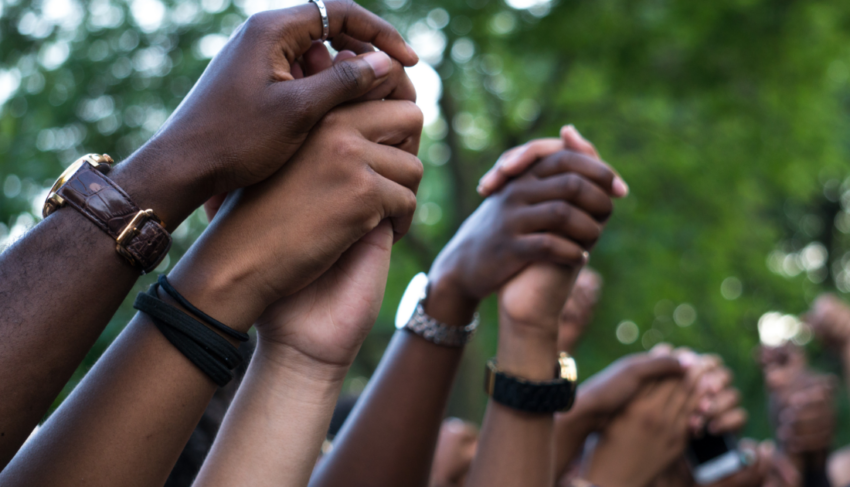 A couple of weeks ago, a video and subsequent news was circulating of a white man, Clifford Corbin, going on a racist rant, more information of which can be found here. And, like clockwork, the obligatory and quite frankly tired, qualifier, and almost predictable apology of, “I am not racist because I have Black friends…” narrative came soon after- reports of which can be found here.

Sir, a quick newsflash and a needed “for your information”- you can “have Black friends,” hell you can even sleep with Black people (queue, those who enslaved Black people and raped Black women),” and still be racist. Proximity and even camaraderie with Black people does not automatically negate the fact that you are or can be racist and/or have racist tendencies and practices. Now that we have gotten that point of clarification out of the way…

Black history is Universal and is a part of human and global history. Most countries with predominantly Black people or with Black people in them in general have some aspect of enslavement as a part of their “coming to be” story. Needless to say, the history, though motivating and inspiring given all that our people have been through, endured, and yet overcome, it is not a pretty story. Let’s not forget that less than 100 years ago, our people were viewed as property and some of our countries were still owned by those that colonised our countries and people.

But, to the point of this piece- you do not have to be blatantly and overtly racist to be racist. Let me say that again- you do not have to show racist behavior or think you are racist, to be racist- closet racism exist and so do racist systems (another story for another day). Don’t believe me? Take a quick look at the history of policing in the United States as a prime example of why many Black people say F**k the police.

As a white person, if you are so “not racist,” and you know the history and pain associated with a word that was used to diminish the humanity of Black people less than a lifetime ago, so much so that any non-Black person using it is looked down on and is considered taboo, and operating in a system where the color of your skin makes some automatically give you the benefit of any doubt, where we reside in a white-dominant economic and social culture (yes, even in Barbados), yet you choose to loosely use a term that encompasses centuries of pain in the history of the same people whom you seek to use to justify your lack of racist tendencies and behavior, in short- shows that you have a long way to go when it comes to knowledge and awareness around implicit bias and closet racism. That, however, is not Black people’s burden to bare- take it upon yourself (this goes for all non-Black people), to educate yourself; education is literally at your fingertips, if you desire to be educated and informed.

Lastly, and to drive my point home, would you have said and ranted what you did in a room filled with Black people, in front of your “Black friends,” or on the stage in a room of Black people with you having the microphone to be heard by all? If you cannot unequivocally say, “Yes, I absolutely would,” without pause, then Sir, you may need to rethink your, “I am not a racist…” rhetoric. The only person that disgusting rant and subsequent lackluster, leaves-a-lot-to-be-desired “apology” statement serves, is you.